Phil Ruthven AM the founder of IBISWorld which one of Australia’s richest source of business information, busted a few urban myths in his November newsletter. Which you will find some of it below with a link to the full newsletter.

Urban myths versus the right information

American corporates on the NYSE have been the world’s most profitable, on a weighted average basis, in the post-Industrial Age over the past half century. The average American company’s profitability has been four times the long-term bond rate, which continued through the global financial crisis and beyond. In contrast, Australian companies’ average profitability on the ASX has only been twice the 10-year bond rate, apart from during the recent short-lived mining boom. 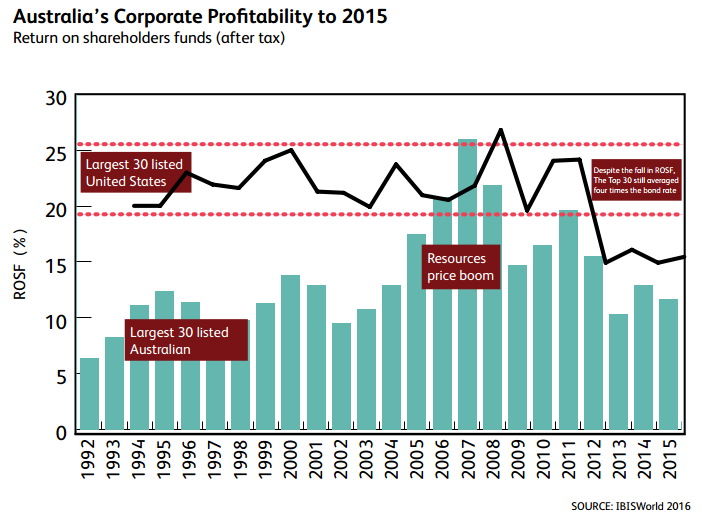 One of the reasons for this discrepancy, perhaps the most important, has been that American corporates spend more on information than any other nation; indeed, twice the GDP share of the world’s most developed nations. Evidence-based decisions beat guesswork and gut-feel.
Facts usually ruin good stories, as we know, at work and in our social life. But rumours, scuttlebutt, scandals and old wives’ tales can be very believable, and we tend to believe a lot of them until they are debunked. After all, they are interesting, entertaining and often comforting.

But when leading a business or governing a nation, it is safer to make evidence-based decisions, which leads to a number of myths that should be given overdue rebuttal. So what are some of these surviving or new myths, beginning with several that are social urban myths rather than business-related fallacies?

Marriages don’t last as long as they used to

Not true, the average length of a marriage has stayed around 20 years for three centuries. The fact that there are more divorces and separations these days is that we live over twice as long as people did in the early 1800s (when the average lifespan was 38 years), and have time for a trade-in, if you have a mind to. In the olden days, you got married at 18, lived another 20 years together and then went to God before you were 40, on average. There just wasn’t enough time for a divorce.